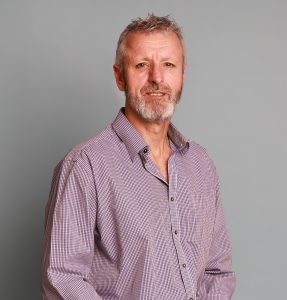 Kevin is an experienced mining titles consultant with more than 33 years’ experience, having worked in the mining industry since 1977.

From 1977-1986 Kevin was employed in the Western Australian Department of Mines and Petroleum. During this period Kevin obtained an in-depth working knowledge of Government policies, title registration procedures and administration of mining legislation. During this time Kevin obtained accounting qualifications and also studied commerce.

In 1987 Kevin left the Department to further his career in the private sector. Since that time Kevin has worked as a tenement manager and as a consultant for a number of companies. In these capacities he has developed a wealth of experience in the negotiation and management of joint venture agreements, private land access negotiations, State Agreements, Native Title negotiations and agreements, Aboriginal heritage surveys, workplace safety legislation compliance, mining project approvals, public relations and liaison with statutory authorities throughout Australia. In the course of his work Kevin has been involved in the review of draft mining legislation in several states of Australia and the submission of proposals, some of which were subsequently adopted by Governments.

Kevin has been with Austwide since 2002, and during that time has provided consulting services to the mining industry, ranging from prospectors and junior explorers to large established mineral producers. Kevin’s ability to achieve high quality and effective results in a competitive environment enables him to solve problems and provide effective solutions for his clients. Kevin maintains a close working relationship with all levels of Government which enables him to provide clients with up to date information affecting their operations.